Floridian in the Snow

Hello Again!!!
Well, I am back from my trip to Illinois and can I tell you how cold it was?
How about I show you a bit... 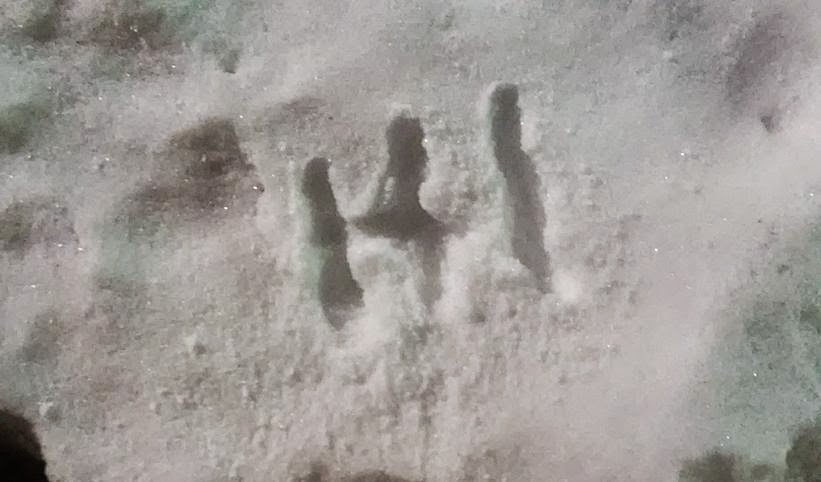 Here I wrote HI in the snow outside my hotel and my finger went numb! 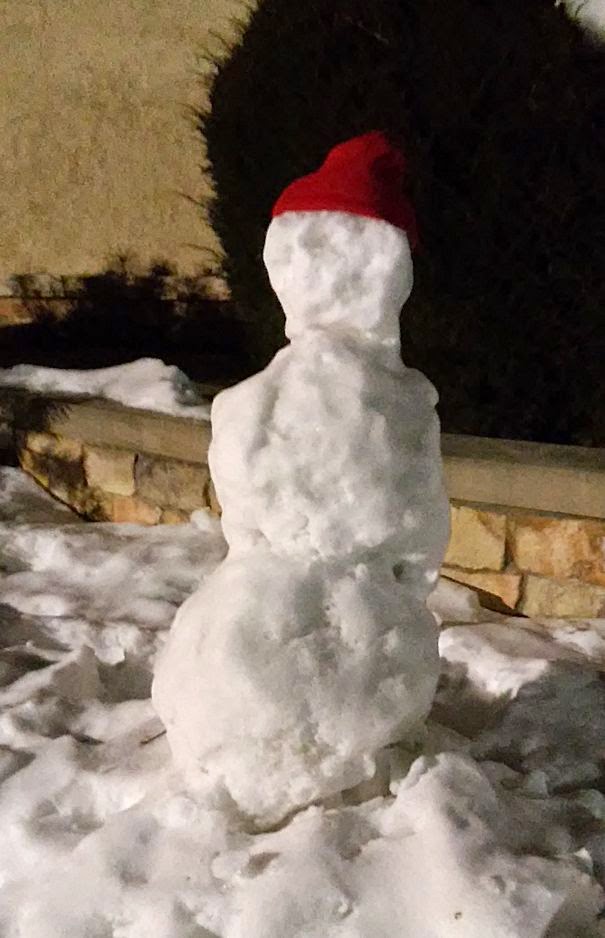 This snowman was at the hotel waiting for me. 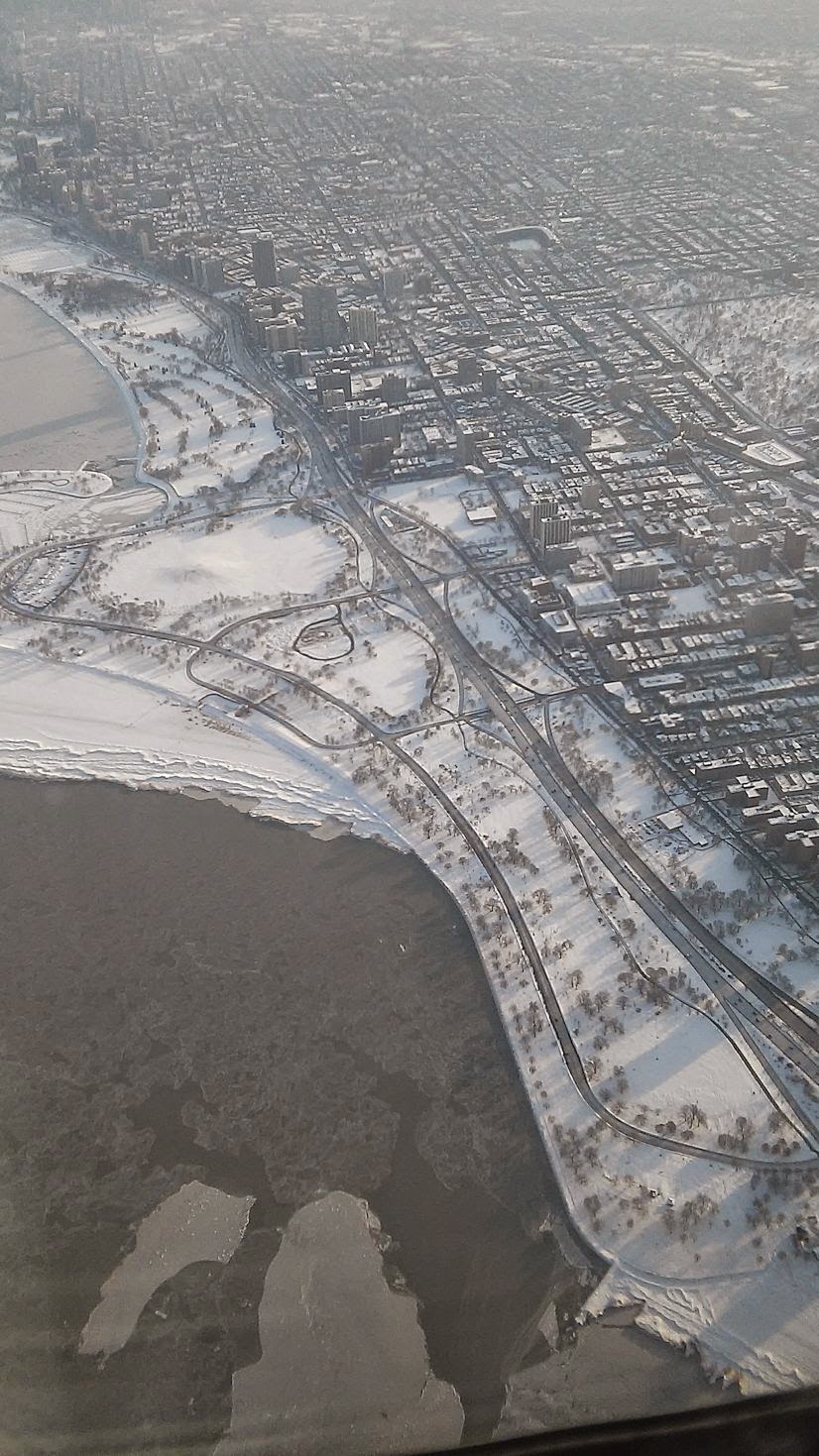 This was the view from the airplane window when we were about to land.
I knew I was in for some cold weather!
ACK!!!

Ok, now remember, I have lived in Sunny Florida for almost 20 years now,
so although I was born and raised in New York City...
I am used to warm weather.
The temperatures got down to single digits and I was FREEZING!!!
But other than the weather, I had a great time.
Now I am back, but will be going back up there next week.
I am so hoping it will be a little warmer! LOL!!!

So since I had two weekends back at home,
I had to play a little and craft.
I bought some really inexpensive watercolors and wanted to try them out.
All I did with the following three backgrounds was water the paper with only
water at first, then applied some paint and moved around the paper.
I thought they came out pretty cool.

This one I tried to do some rainbow effect. 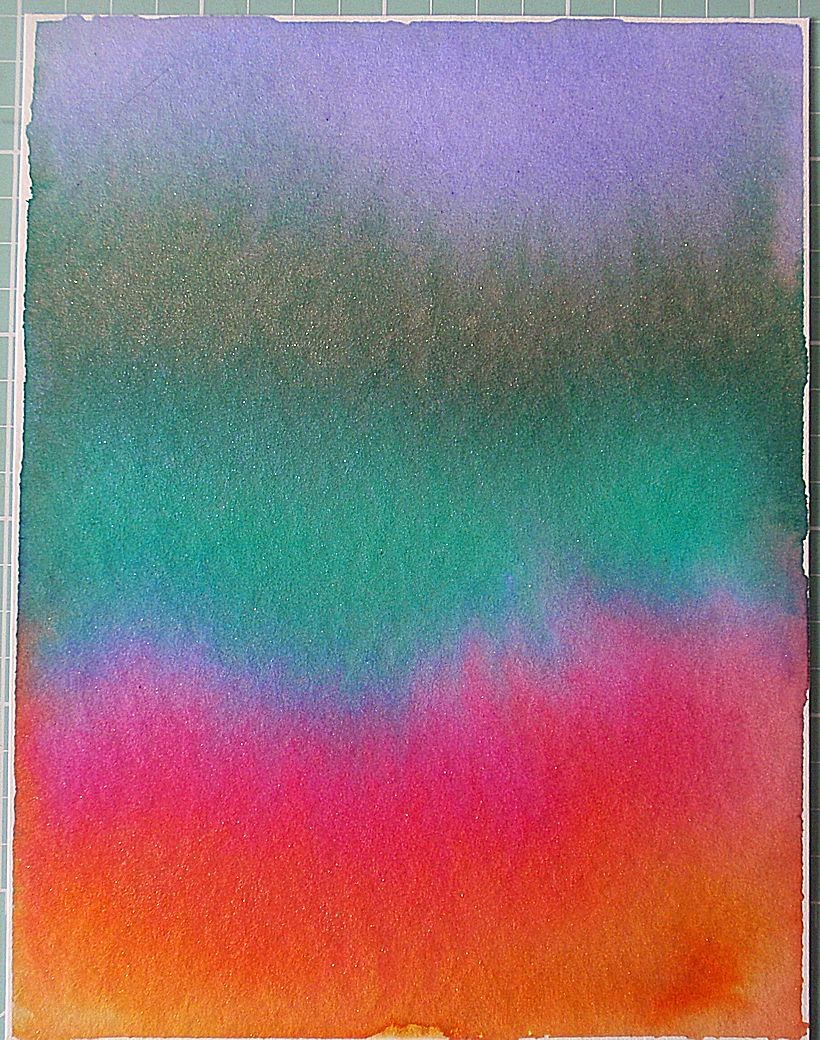 The next two I used purple and pinks. 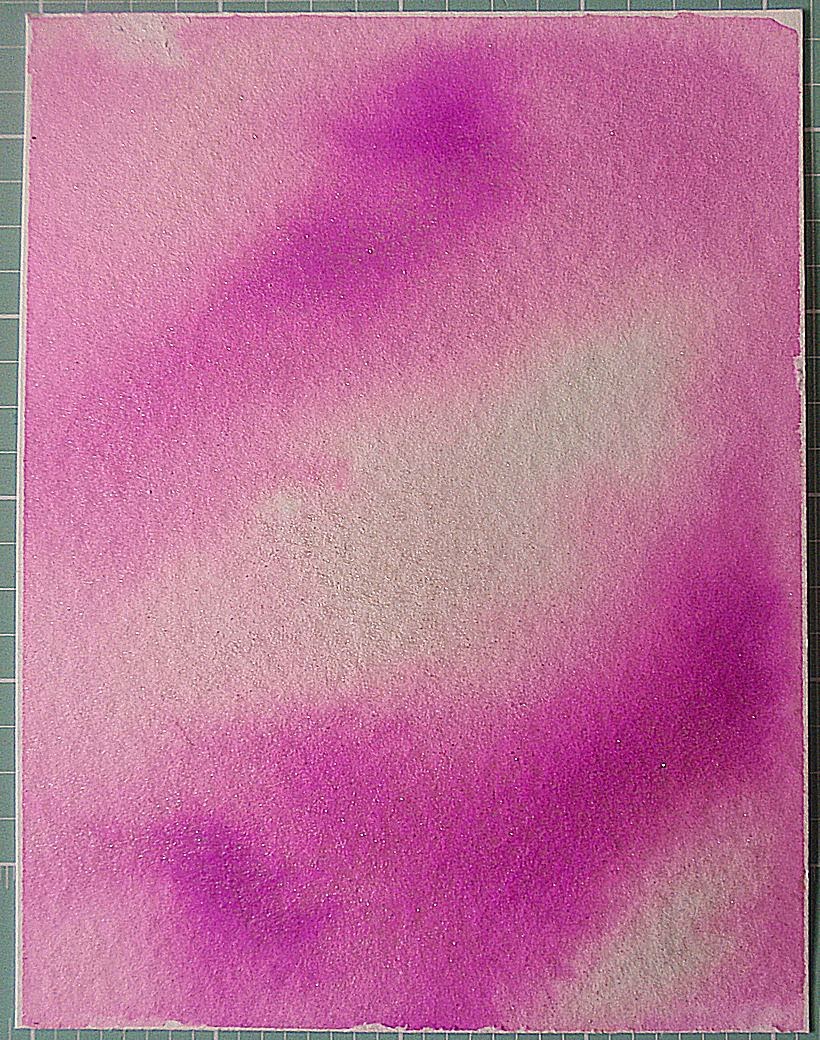 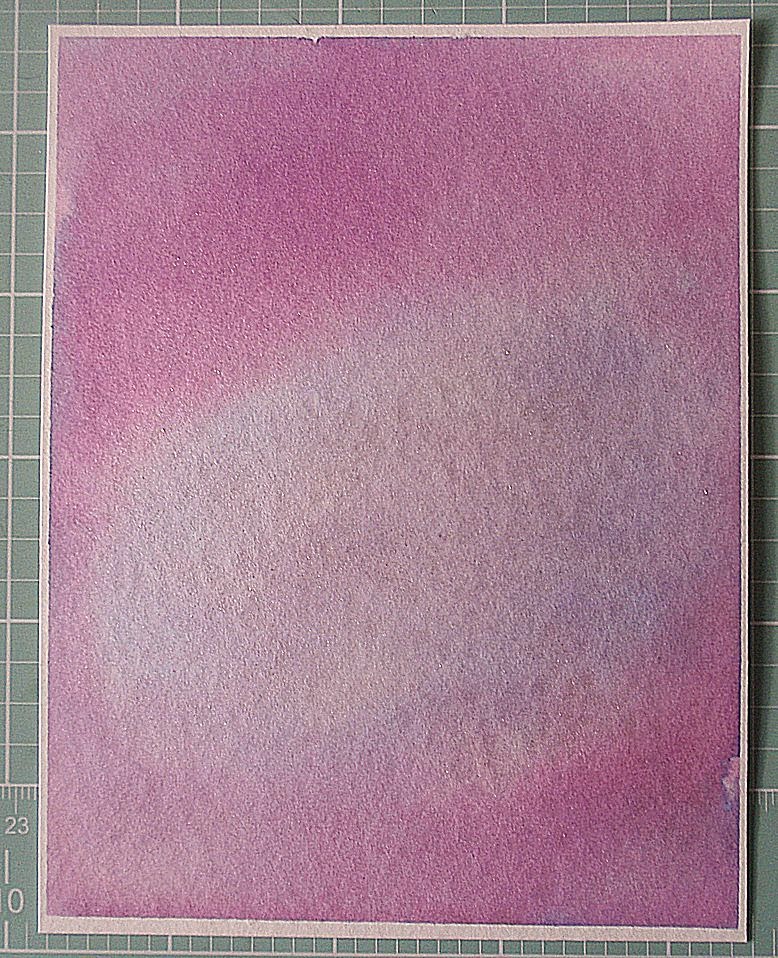 I also did the background on this St. Patrick's Day card
the same way with greens.
I also colored him in with Watercolor pencils. 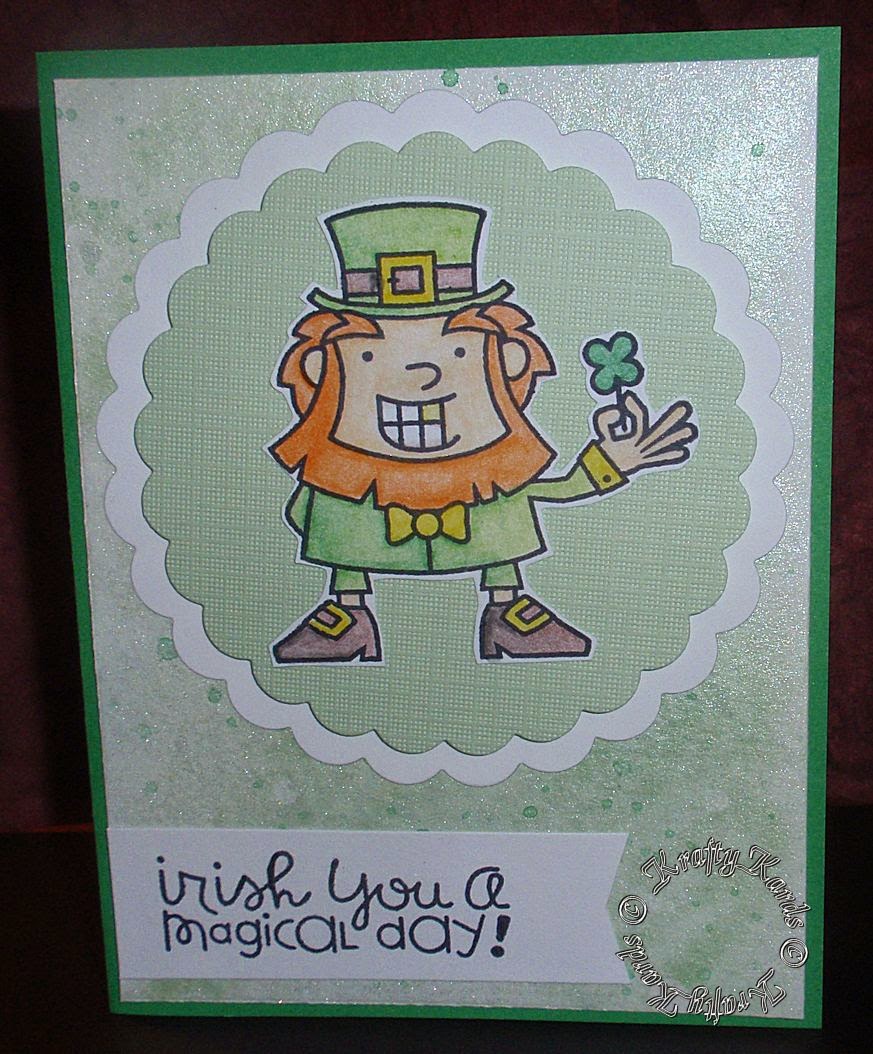 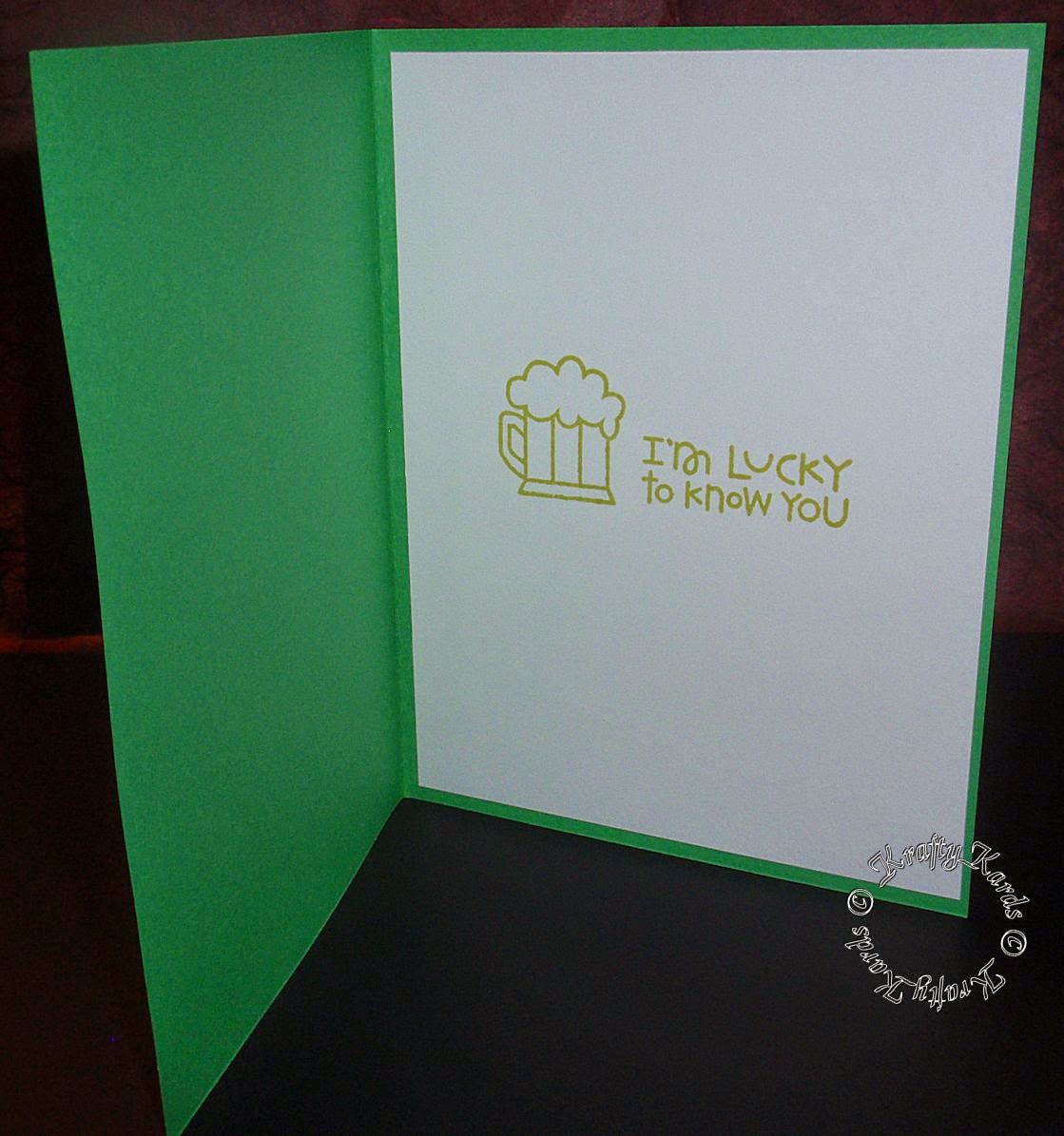 This weekend I played a bit more...til I had to do some work.
On this one I just punched butterflies in various colors, glued them in a circle and added some rhinestones. 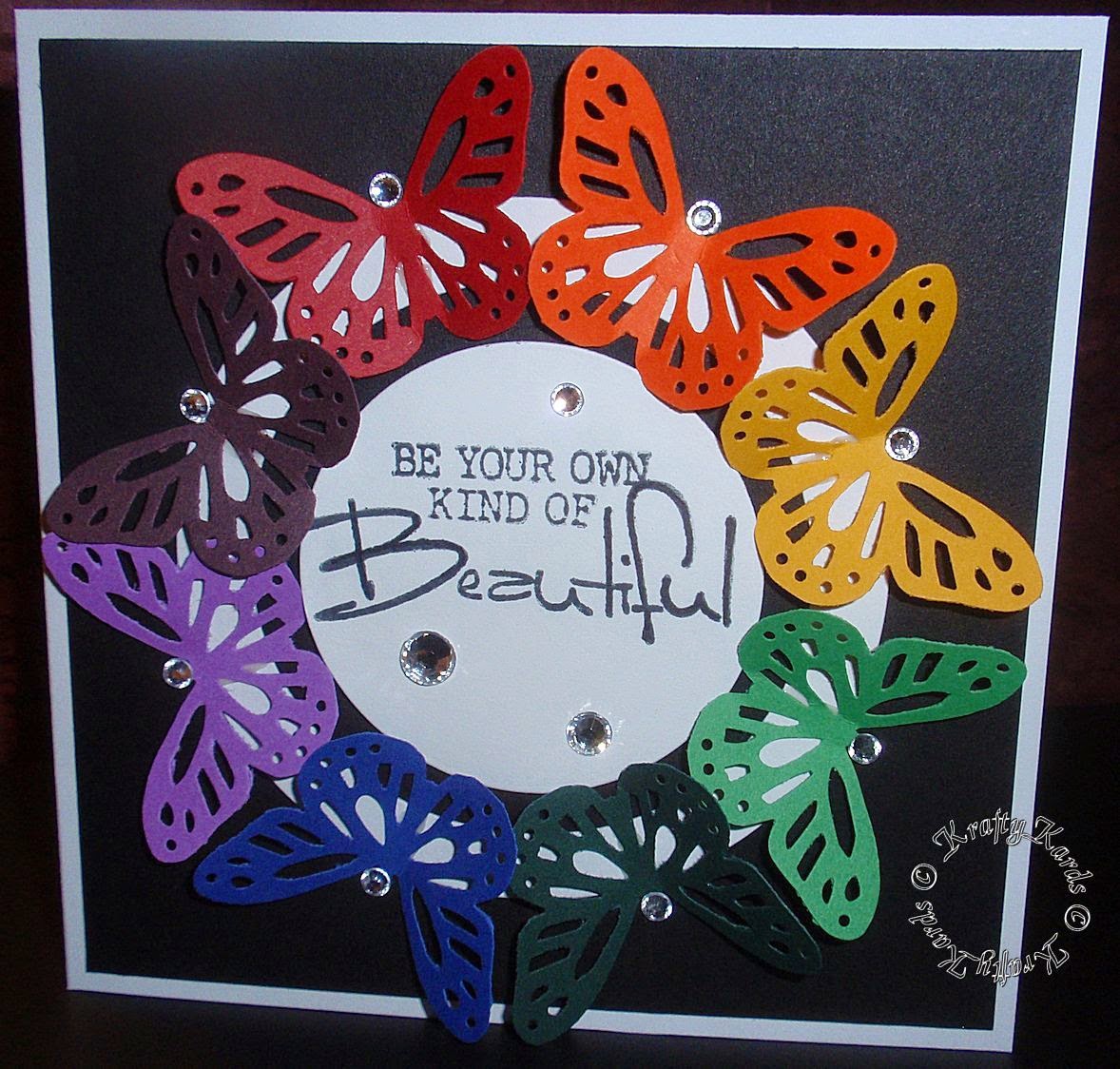 Here's the inside with another butterfly. 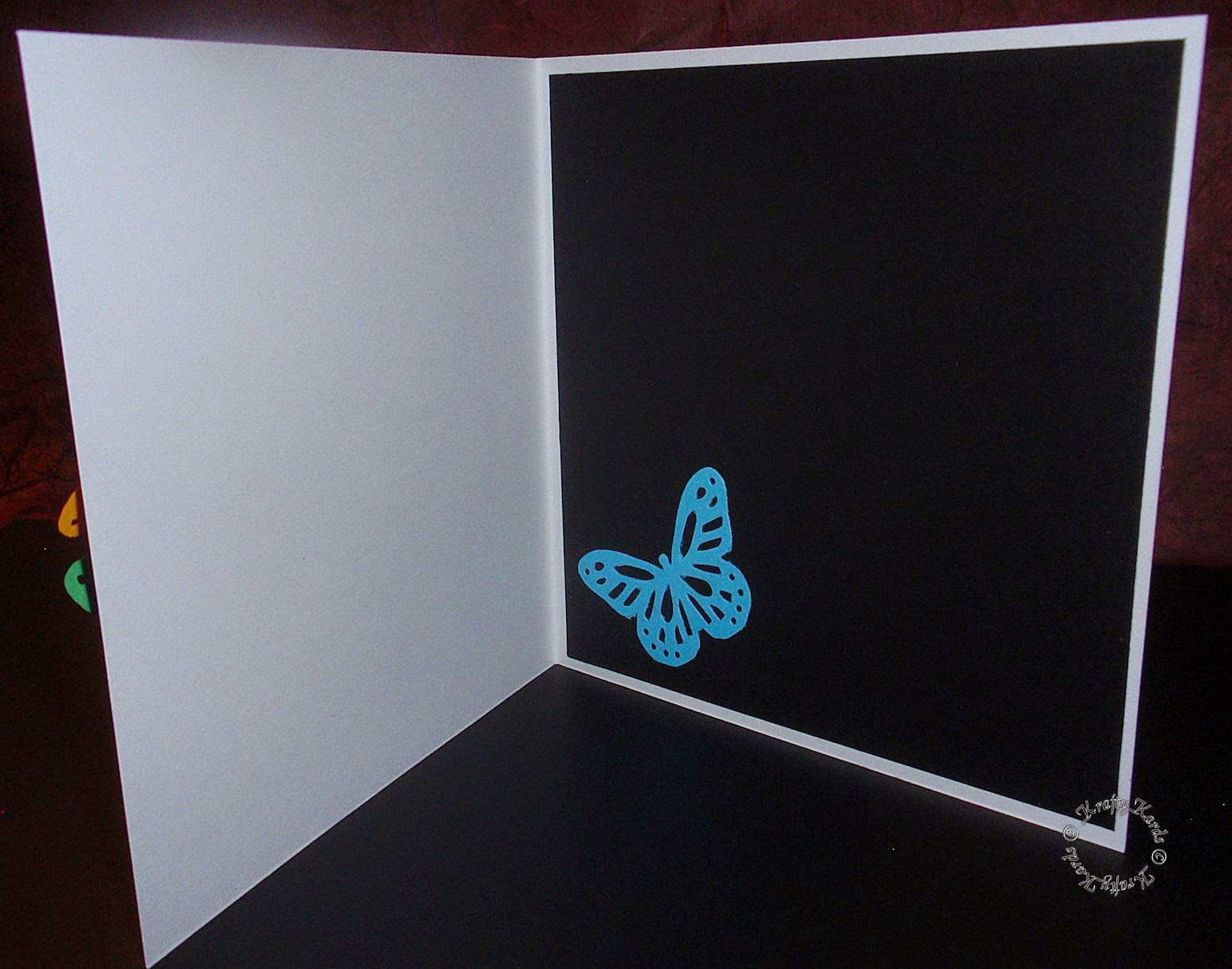 On this one I did more butterflies and used pearls instead. 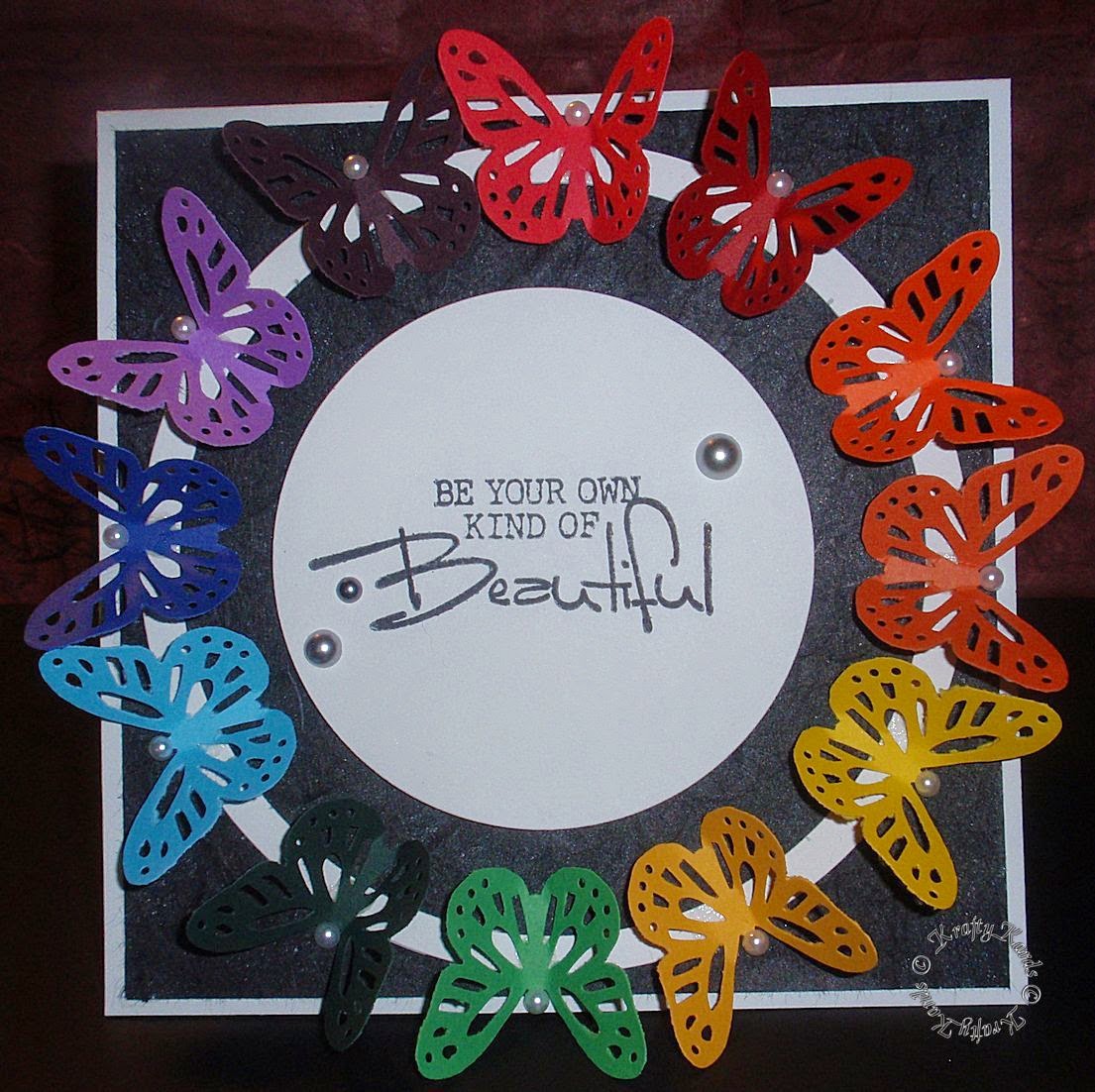 Here is an easel card I did with a new stamp I purchased.
It's colored in copic markers and wink of stella glitter pen.
I think it's adorable! 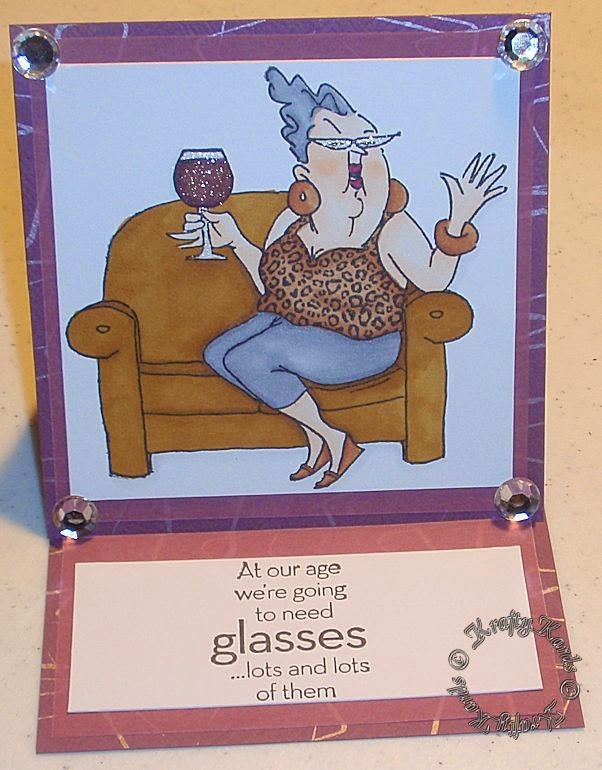 I also made this flower pot card...
I only have one flower punch so I was rather limited,
but I think it came out well. 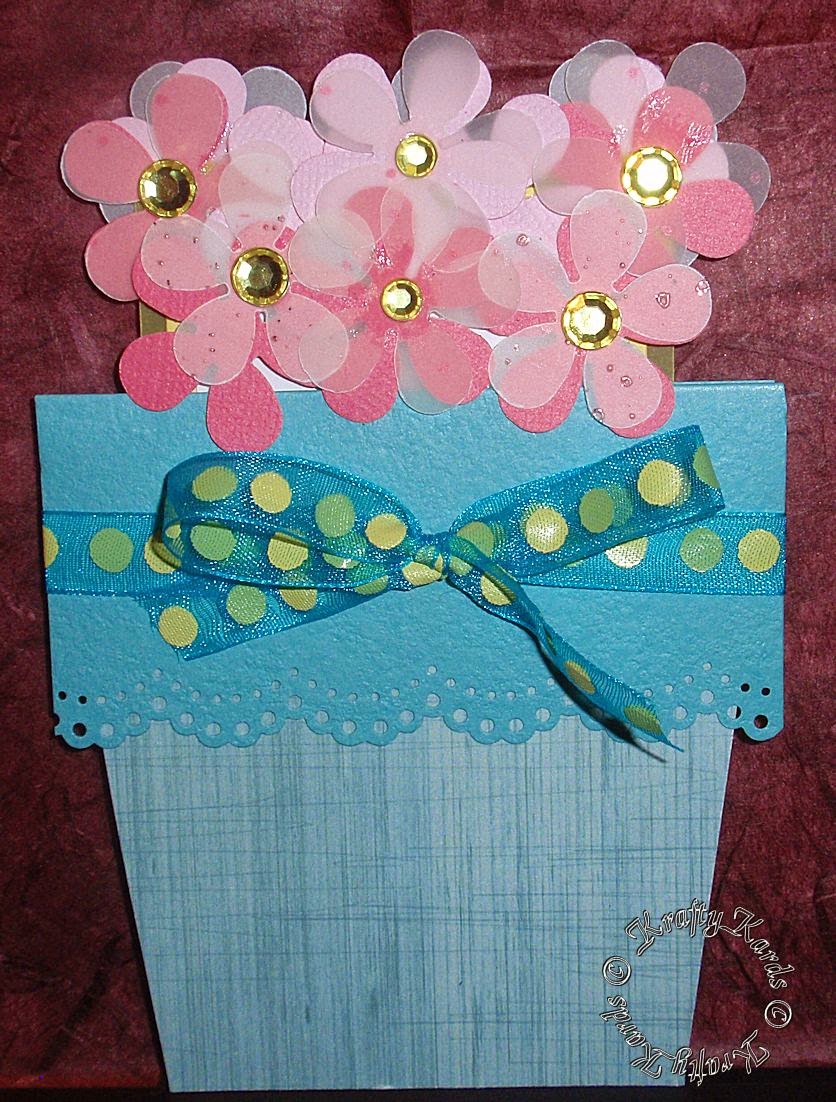 Here's what happens when you pull out the flowers. 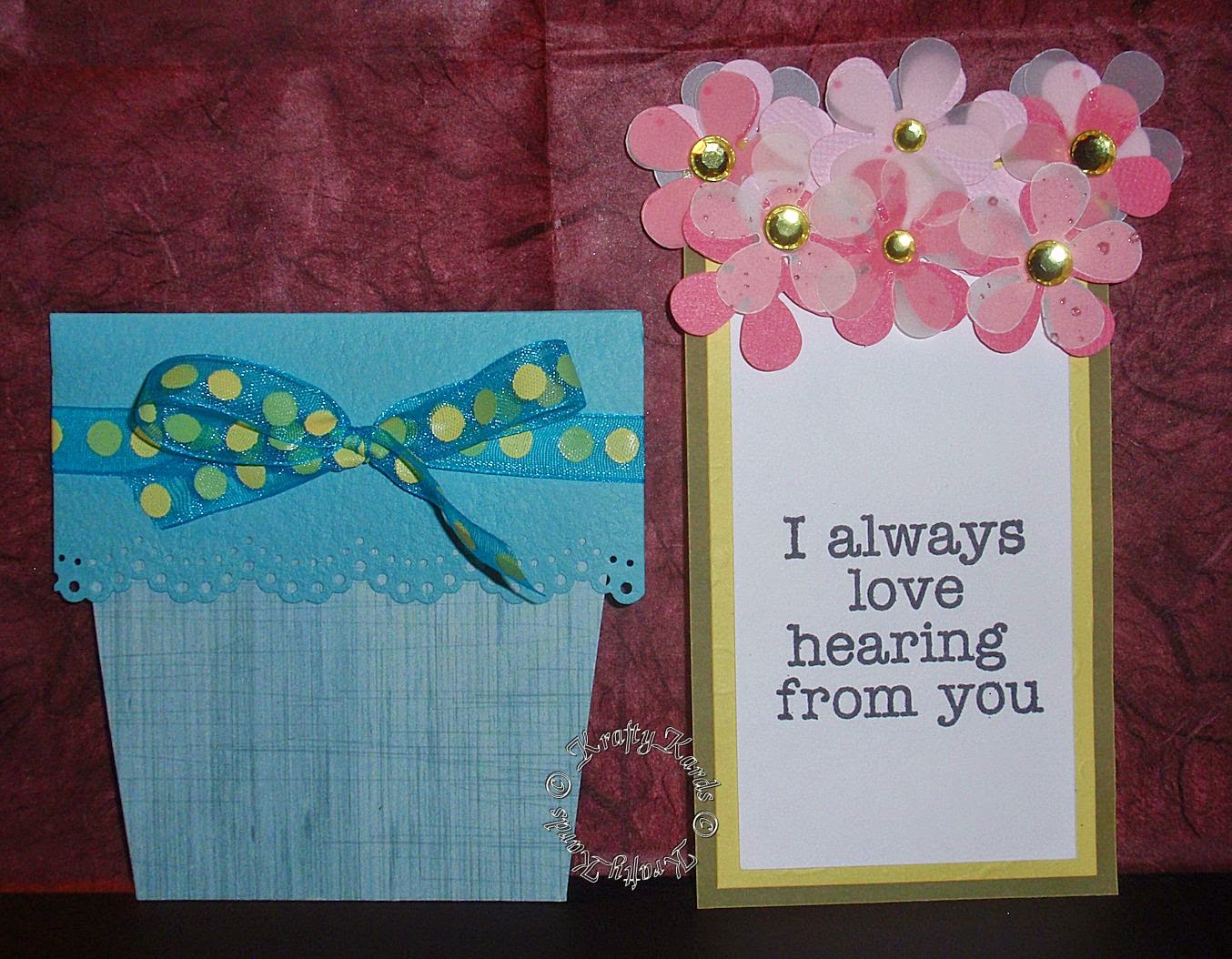 Since this post is to catch up and also since it will be a bit before I get to post again since I will be in Illinois next week...
I need to give some kudos to some women on YouTube
that really made me feel so much better about my studio.

Like so many that have blogs or YouTube channels,
I always get sucked in to seeing what others have as far as organizing their studios and supplies, and I want to rearrange and change everything in my studio to either look better or because there is something new out on the market that just looks so cool that I want it as well.

But there were a couple of videos that I got to watch over the weekend that made me realize the following:
First of all how lucky I am with what I already have.

There are people out there that have way less room than I do and still make it work to create.
I also have noticed that though my room might be a bit messy at times,
to me, that shows an artist at work.
The pictures I see of beautiful rooms with beautiful furniture all matching, it kind of looks like a room that I would not want to mess up by creating.
I mean don't get me wrong...they are beautiful rooms and I am not knocking anyone that has one, but I need to remember how privileged I already am with what I already have.
I have also realized that I am more of a visual creator.
So for me, having my things away in cabinets and such, I never use them.
Funny, when I am cleaning my room, and I go through drawers, I find things that I totally forgot I had and never used.
I also learned that you should only have things organized where you will be able to use the item and still be organized.
Meaning, don't buy cute little bins and such that you know you will not use right just because they are cute.
I think that my spring cleaning/organizing this year will be very productive.
Or at least I hope so.

So as a start on organizing where I can see things...
I made an organizer for my markers and pencils instead of them being away where I totally forgot about them and did not use them as much. 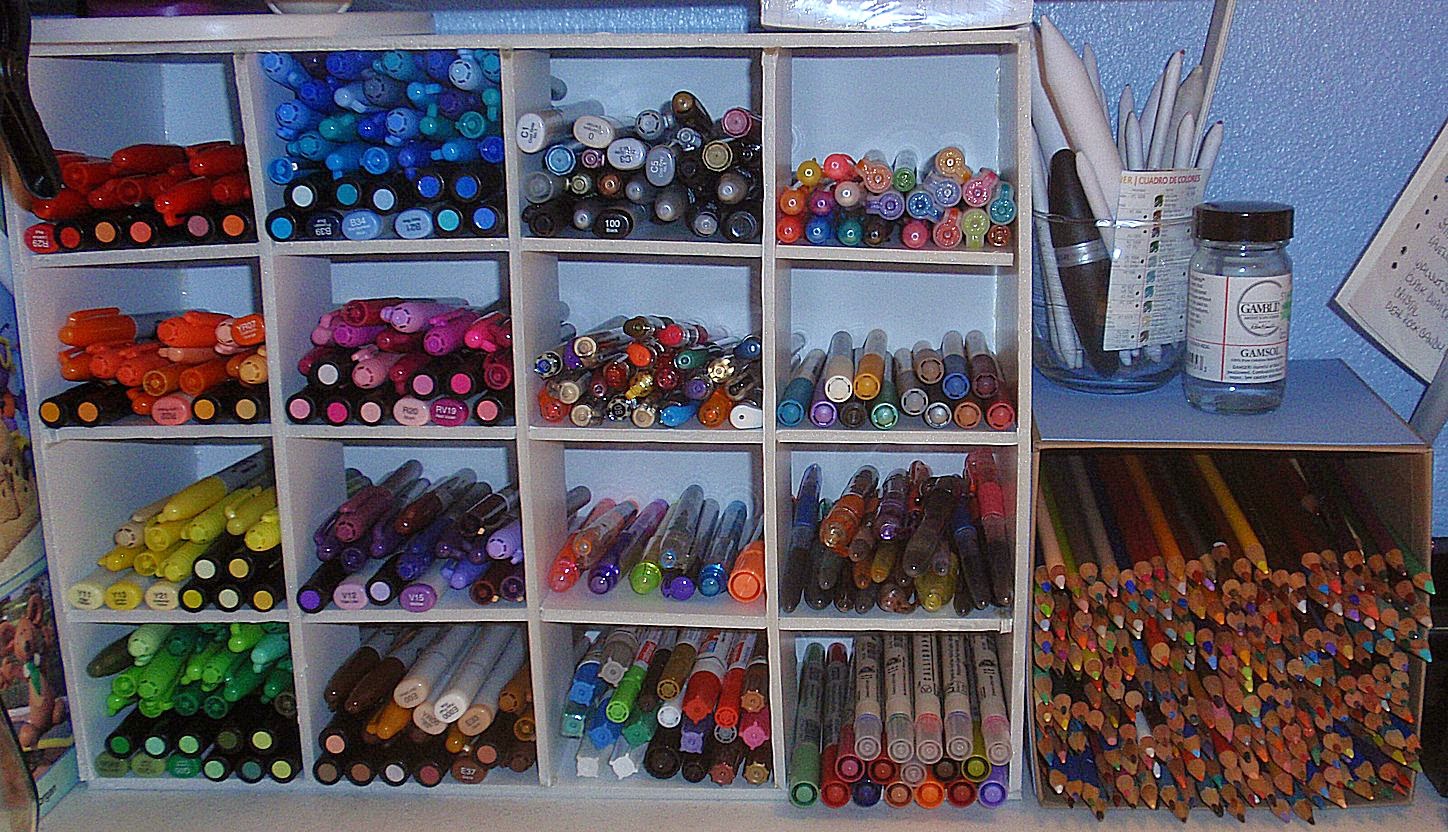 I made the marker organizer with foam core board.
I found the directions somewhere on Pinterest and thought I would try it.
Didn't come out too shabby and they sit right on the desk behind me for me to use at anytime.
I also made a cardboard box for my pencils so that I can move them when I want to use them, but I do think I will be making something for them in the future because I have my prismacolor ones with my watercolors ones and all.
But for now...this is good.

Thanks so much for stopping by and thanks for letting me ramble a bit.
One week of work and then off to Illinois again...to freeze...and to work! LOL!!!
Hope to speak to you again after that...pray that it is a bit warmer for this Floridian! LOL!!!